The Women in Construction Conference is the East Coast's premiere forum for education, professional development and networking for women in the construction industry. Since 2006, the conference has provided an avenue for younger women to learn from senior executives and industry professionals, and offers networking and mentoring opportunities to all attendees. More than 450 men and women attend the event each year. Representing every discipline, the attendees include general contractors, subcontractors, developers, architects, engineers, as well as representatives from trade associations, nonprofits, construction consulting companies and law firms from across the U.S. and Canada. Over the years, the feedback has been enthusiastic, heartfelt and consistent: The Women in Construction Conference is an incredible experience!

The Civic Life Project (CLP) was founded by two Emmy Award documentary filmmakers and educators as a unique educational initiative to inspire high school and college students to learn about civics and actively participate in the democratic process through documentary filmmaking. Through the annual Film Challenge, CLP promotes civic engagement and community impact. 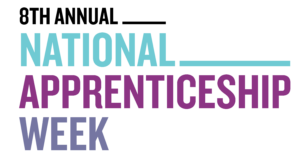 NAW is a nationwide celebration highlighting how Registered Apprenticeship, a proven and industry-driven training model, provides a critical talent pipeline that can help to address some of the nation’s pressing workforce challenges.

Garchik Consulting worked with MW Consulting, LLC to plan and execute the The D.C. Department of Employment Services “Level-Up: Creating Spaces for Equity, Inclusion, Partnerships and Economic Recovery" Conference, held on Thursday July 21, 2022 at the Kellogg Conference Hotel at Galludet University in Washington, DC. This conference was an opportunity for front line staff, program managers and business partners to come together to identify challenges, discuss solutions and share tools and resources to strengthen pathways to sustainable employment.

We worked closely with the MW Consulting, LLC project team to manage all speaker coordination and logistical aspects of the event.

Garchik Consulting worked with MW Consulting, LLC to plan and execute the Annual All Staff Retreat, held on Friday, September 27, 2019 at Trinity University in Washington, DC. This retreat was established to advance the Government of the District of Columbia’s Department of Employment Services' Vision Forward plan.

We worked closely with the MW Consulting, LLC project team to manage all logistical aspects of the event as well as the procurement and content delivery of the Emcee and two keynotes.

In 2020, the Josh Anderson Foundation and Our Minds Matter merged to create one unified voice under the Our Minds Matter (OMM) moniker. The mission remains the same - to work together toward a future where no teen dies by suicide. OMM is a student-led movement which equips students with the resources and tools to change school culture around mental health. 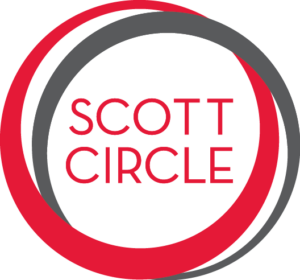 We coordinated travel arrangements with the organization's preferred travel agency and provided logistical and programmatic support to ensure a productive and seamless experience for all parties. Working with the SCE team, we led weekly check-in calls and took the lead on communicating necessary details and advance readings to all meeting attendees. 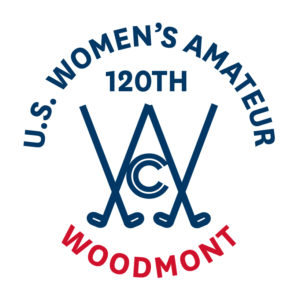 Friday's match play (August 7, 2020) was the most-watched weekday telecast in #USWomensAm history! See the Media Report for more highlights from the championship.

Feedback from Championship Co-Chairs: "We both agree that the best decision we made as co chairs of the Women’s Am, was our decision to work with you. You are a tremendous asset and we are so grateful for the job you have done and continue to do. Thank you!!!!" 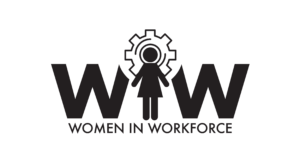 Garchik Consulting worked with MW Consulting, LLC to plan and execute the Inaugural Women in Workforce Conference, held on Thursday, July 25, 2019 in Washington, DC. This conference was established to advance the Government of the District of Columbia’s vision for women in the workforce and for District residents to receive a fair shot at economic prosperity and a pathway to the middle class.

We worked closely with the MW Consulting, LLC project team to manage all aspects of the programming, from determining the topics and trajectory of discussion, to identifying and securing talented speakers. The support we provided received rave reviews from our collaborators and from conference attendees who praised the structure, discussions and program flow - all areas managed by Garchik Consulting.

Determined2Heal helps simplify the transition into life with paralysis. They provide information and advice for people with spinal cord injuries, their families and friends. In addition, they host rehabilitative adventures.

Josh Basile founded the organization in 2005, after suffering an injury and becoming a C4-5 quadriplegic. Determined2Heal was established with the goal of helping to simplify the difficult transition into the spinal cord injury world for the injured and their support teams.

SPINALpedia.com falls under the purview of Determined2Heal. It's a website that contains thousands of expertly organized videos on life with a spinal cord injury.

Garchik Consulting is providing hands-on support to Determined2Heal in the following areas:

Hope for Henry is reinventing how hospitals care for seriously ill children and their families through innovative programming that reduces stress, and empowers children to be active participants in their own care.

Hope for Henry is a pioneer in incentivizing young patients to comply with uncomfortable or painful medical interventions that are critical to recovery.

Since 2013, hundreds of patients have participated in the program. All report being better motivated to take their medicine, and their parents report that their kids are happy. Their nurses and doctors routinely observe that these patients are more active participants in their own care and demonstrate increased motivation to comply with their medical directives. Hope for Henry has partnered with pre-eminent child life researcher Judy Rollins to study the impact of the program on patients at Children’s National and MedStar Georgetown University Hospital. 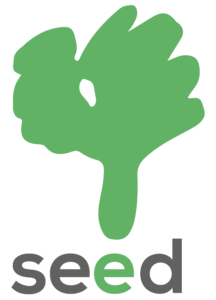 SEED is working to promote Social, Educational, and Economic Development and promote humanitarian assistance in Iraqi Kurdistan.
SEED Foundation, a local registered charity in Erbil, the capital of Iraqi Kurdistan, was founded in 2014 by Sherri Kraham Talabany and Tanya Gilly-Khailany. SEED Foundation’s Board of Directors is made up of international women with expertise in a range of professions who are all committed to Kurdistan's equitable, sustainable development and to addressing the humanitarian challenges Kurdistan faces today.
SEED for Change, is a 501(c)3 non-profit organization registered in Washington, D.C. SEED for Change’s focus is to increase public awareness in the U.S. and raise support and funding for SEED Foundation’s work in Kurdistan. The U.S. Board of Directors represent an experienced group of philanthropists, policy-makers, and Kurdistan experts.

EDUCATION TRANSFORMS. We partner with local communities in rural Haiti to expand opportunity through education. We consider education to be the key to unlocking the potential of all Haiti’s children. Education today will give Haiti’s children the tools to create a better tomorrow.

Feedback from retreat: "I thought Jesse came to the meeting well prepared having done her homework on both our organization and its people. She did a good job of drawing ideas and thoughts from the group and making sure everyone was included and participating."

"I really thought Jesse did a fabulous job! She was personable, kept us moving, and contributed a great deal of professional knowledge about board structure, systems of implementation, and development."

Peace Love Solve believes that raising autism awareness and inspiring acceptance will lead to an understanding that being different is beautiful. They lovingly donate a portion of the proceeds from each clothing purchase to Autism Speaks. Autism Speaks is the world's leading autism science and advocacy organization. Their goal is to change the future for all who struggle with Autism Spectrum Disorders.